As if it needed any more validation, Game of Thrones was referenced by a politician and baseball team in quick succession, cementing it’s place as a pop culture reference point for a generation. It is The Sopranos and The Wire of this decade; a visual feast which sets the bar for programs which follow.

After winning the Subway Series 4 – 0, the Yankees wasted no time in taunting the vanquished Mets on social media.

Red Sox fans wasted little time in getting in on the act.

Not long afterwards, Al Gore referred to a story-defining moment in season three: the Red Wedding. During an appearance on Chris Hayes Wednesday recently, he recounted an encounter where an “unnamed source” told him that the show was a metaphor for the Trump White House and the recent slew of departures. It Is typical Gore; someone else always gets the credit in the end.

Treachery and bloodlust; Gore quoted an incident in season three which aired in 2013. Instantly one-sixth of the globe knew what he was on about; four years later. Memories are undoubtedly refreshed by the re-run – Red Wedding 2, which like most sequels relied on a suspension of belief that undermined the sense of revenge – at the start of season seven.

Gore is not the only politician to make hay from the show’s popularity. Sen. Chuck Schumer alluded to the proposed border wall with Mexico as “a medieval solution to a modern problem; a Game of Thrones idea for a world that is a lot closer to Star Wars”. He stopped short of referencing Narcos season four but not far of it.

It is a surefire sign that a program is popular. Most politicians will sell their souls – and their grandmother’s as well, in a “‘buy one, get one free” deal – for anything which will raise their popularity in the polls. Quoting a TV show is easy pickings by comparison. This one ranked three in a 2015 NBC Survey of Senators favorite TV shows.

If you are that rarest of creature, someone who has not seen Game of Thrones, this is where the baddies and the ever-so-baddies conspire to kill-off the less-baddy-than-everyone-else. There are not any “goodies” in Game of Thrones; we worked that out early on when the lead characters fell like dominoes. No wonder its’ popular with the great and the good of this world.

You are none the wiser still? That is surprising since Game of Thrones is the most pirated television series in history with, according to Muso – an anti-piracy software company – declaring season seven illegally downloaded more than one billion times, as well as 232m “legitimate” viewings.

Senators are Doing It For Themselves

Those numbers make the “cease and desist” order sent to a Brooklyn bar in 2015 look like a “finger in the dam” exercise. At the time HBO had no shame when it came to stopping the viewing parties for each episode. “As a pay subscription service, HBO should not be made available in public establishments,” a statement from the company said. “When it does happen,” it continued, “it is of particular concern when there is an attempt to profit off the programming.” They left out the phrase “unless we’re given a cut of it”.

And profit it is making. Licensing is a major revenue stream for HBO and closing down anything which promotes the show doesn’t make much sense. Until you look at the myriad opportunities on offer at the parties: beer, quizzes and food; just about anything you fancy. With stratospheric growth, it was inevitable that Game of Thrones would enter the virtual world.

This is not the same Game of Thrones presumably which in 2014 announced its own-label wine. The shows creators are following the usual licensing paths to maximise revenues. To date, five video games have hit the shelves with two more incoming in the next twelve months or so, tying in with the end of the television series.

Hollywood beckons. Loose ends must be tied up while there are backstories to fill. Technology enables gaming to move forward at a rapid pace, expanding the Game of Thrones opportunities for iGaming, such as a spin off slot game, online RPG game across console and PC and even game mods that take you to Westeros.

Such is the demand among fans that current licenses hold a longevity rarely seen with modern television shows. Usually it’s reserved for the “classic” – the Star Treks of this world, or that world if you like – with barely a sideways glance at the two or three season hit wonders churned out by studios these days.

All this from a program which contained so much sex and violence that it was little more than a big budget snuff movie for the first three seasons. Did I mention the incest? It genuinely has got everything.

The subterfuge within the myriad plots stories lends itself readily to modern politics. It is after all an epic story bound on all sides by the politics of the age, or George R. R. Martin’s mind. The Machiavellian scheming of “Little Finger” – Lord Petyr Baelish – sits comfortably alongside anything of Francis Underwood’s plotting.

He too gets his comeuppance; his abrupt end came with delicious duplicity and was the 200th death in the program of a character with a speaking part. Extras fare little better; there have been an estimated 1,500 killed off during the seven seasons, or at least been scrubbed off from the CGI hard drive.

Spare a thought for Dire Wolves though. They do not exist but it did not stop “Thronies” as fans of the show call themselves from buying up huskies by the dozen. If it weren’t real, it’s the sort of story you would have to make up; Thronies are not, it seems, the brightest. Too much fighting and wine.

In Colorado, the number of abandoned dogs created a stir with a local animal rescue centers. It turned out that Thronies were buying up Huskies as a Dire Wolf substitute before realizing that they had neither the time or wherewithal to raise this breed. “Northern breeds are difficult,” we are informed; anyone who has been to Yonkers will understand that… 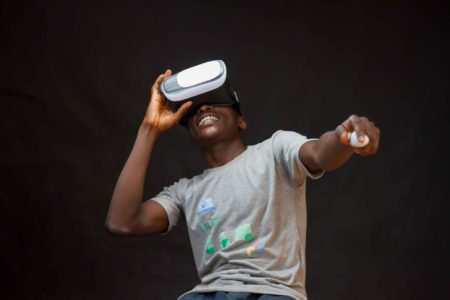 The Top 4 Game Development Trends For 2020

Alone In The Dark 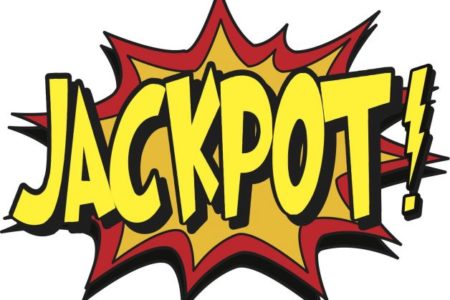