A New York City Department of Parks and Recreation worker came to the rescue of a girl under attack this past weekend but then got attacked himself.

The worker did not want his name used, but he did want to talk about his experience.

“I did suffer like a good kick to the back of the head,” the worker said.

It all happened so quickly that the 28-year-old city parks worker, who suffered cuts and scrapes to his cheeks, could not even recall the faces of his attackers.

“All I can really remember is they were grown men and that they were just my size,” he said.

It was the end of the worker’s lunch break Sunday afternoon when he saw a group of those grown men harassing a teenage girl in the Bronx before smashing her smartphone.

That was when he turned his back to head back to his van – a move he now regrets.

“They started punching me and kicking me, then my partner came. He spread, like jumped like three or four guys off me, and then everybody else ran,” the worker said.

Surveillance video from a clothing store on the corner of Third and Westchester avenues in the Bronx shows five men, who witnesses say were involved in the attack, taking off.

The president of the union that represents Parks Department employees said the worker who was attacked man went above and beyond his normal duties and is a hero. She added that her workers are constantly in dangerous situations.

“I have members that are in harm’s way every day, that get assaulted time after time again,” said Dilcy Benn, President of District Council 37 Local 1505.

Benn is pushing for a law that would make it a felony to attack any city park worker. The victim mind extra protection, but he is not looking for justice for himself.

“The whole purpose of that day was as long as she got out of there and she was good and she was safe, that’s all that matters,” he said.

The city Parks Department said late Wednesday that they take the well being of all of their employees very seriously and are working closely with the NYPD following the incident.

There were numerous witnesses to the crime Sunday afternoon, but no great description of the suspects has been provided. Anyone who saw what happened is asked to call police. 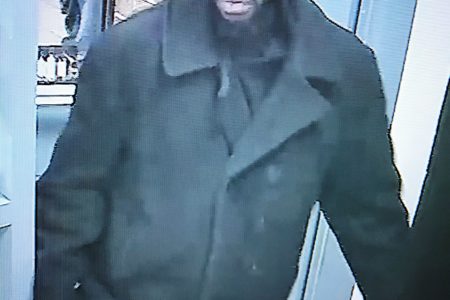