It’s My Park is Partnerships for Parks’ signature program to engage volunteers in hands-on service projects throughout New York City neighborhood parks. Held at the Prince George Ballroom in Manhattan, seven awards were presented at the ceremony, including the 2018 Golden Trowel Awards for each of the five boroughs, as well as the Rookie of the Year Award and the Tim Tompkins Leadership Award.

This year’s honorees were seven outstanding community groups selected from over 280 that participated in the 2018 It’s My Park program. Together, these groups amounted to more than 24,000 New Yorkers who organized and participated in over 1,100 park service projects in nearly 340 parks across the city. These volunteers are vital to improving and sustaining New York City’s 29,000 acres of green space, from parks and street trees to playgrounds and skateparks. Their dedicated stewardship helps build long-term investment in these public spaces and strengthens the social fabric of their neighborhoods.

The Golden Trowel Award recognizes volunteers’ commitment to transforming their parks and green spaces into dynamic community assets. It is presented to a community group from each borough that has led It’s My Park and other programs, and has demonstrated exceptional organizational growth. This year’s Golden Trowel award for the Bronx went to Bronx Sole, led by Justin Mashia and Pedro Rivera and Jerome Park Friends and Neighbors (FANS), led by Debra Travis.

Bronx Sole was formed in 2016 by Justin Mashia and Pedro Rivera to address the alarming statistic that their borough was rated the unhealthiest county in New York for seven years running. On a mission to keep the Bronx strong, Mashia and Rivera created a running group that incorporates local history and began weekly historical run/walk tours. As Bronx Sole grew, they added park service projects and healthy living events to their work. In 2018, they organized a number of It’s My Park projects at St. James Park, mobilizing community members to weed, mulch, plant seasonal bulbs, and rid the park of trash. They celebrated their second year anniversary with an autumnal park beautification and running celebration. Bronx Sole received recognition for curating the first Run, Walk, Paddle event in collaboration with Bronx River Alliance, which was so successful it will be held again this year. They helped community members in need by setting up a donation drop-box after a fire

Jerome Park Friends and Neighbors (FANS) was founded by Debra Travis in 2016 to tend to the natural areas around Jerome Park Reservoir, which had become overrun with invasive species. Their mission is to care for the planting beds around the reservoir and engage the surrounding community in these efforts. In 2018, Jerome Park FANS hosted an astonishing 29 It’s My Park projects, working rain or shine every weekend and bringing out over 100 volunteers. They planted more than 1,200 flowers, collected over 200 bags of debris, spread 400 pounds of compost and 22 yards of mulch, and removed many weeds that had tangled the area. The FANS then expanded their efforts to Washington’s Walk where they painted, cleared debris, planted bulbs, spread mulch, and reinstalled signage. Jerome Park FANS received a Community Service Award from Community Board 8 and were invited to speak at Manhattan College about starting a parks group. Recipients of a Partnerships for Parks Capacity Fund Grant,

the group was able to purchase essential tools and a toolbox to store them in. They are graduates of the Partnerships Academy Fellowship, and have successfully used Partnerships for Parks as a fiscal sponsor to secure additional funds for their work in sustaining green spaces in Bronx. 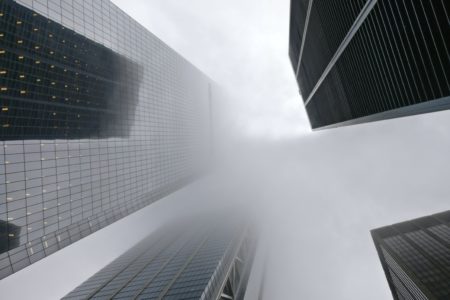