The event honored veterans’ from every corner of Bronx, including Mr. Max Bendich, a 104 year old United States Army veteran of World War II. There was also a special moment of silence for those we have lost in the post 9/11 conflicts, including our recent fallen hero Staff Sgt. Christopher A. Slutman, a United States Marine, FDNY firefighter and Bronx resident.

“It’s an absolute privilege to recognize the men and women of our armed forces. Our veterans are an essential part of our community and they deserved to be honored. Their sacrifices allow us to celebrate them during Bronx Week. Blood, sweat, and tears have been shed in the fight to preserve our rights and freedoms. We shall not waste this opportunity to acknowledge each and every one of them,” said Bronx Borough President Ruben Diaz Jr. 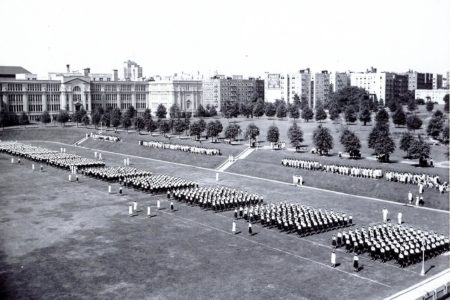